Should I Be Taking Creatine Supplements?

by fitteachernetwork | May 16, 2020 | Fitness, Nutrition And Recipes 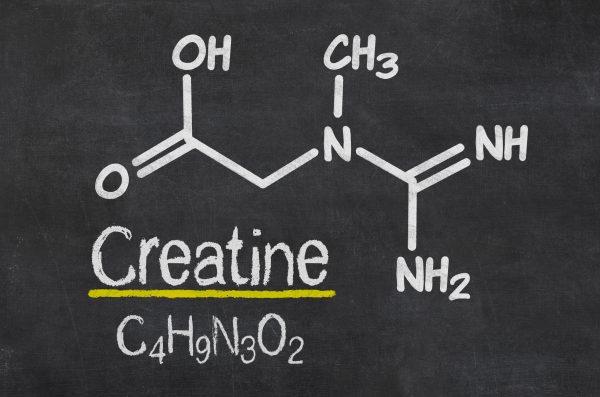 For several years creatine has been one of the most popular supplements sold.  But it hasn’t always been this way.

While creatine was first discovered in 1832, its popularity as a nutritional supplement did not arise until 160 years later.  After winning the 100m Gold medal at the 1992 Barcelona Olympics, Linford Christie shared that he had been using creatine as part of his preparation.  Reports also surfaced that Sally Gunnell, who won the 400m gold medal in Barcelona, also had been using creatine while training for the Olympics.  Shortly after, companies began commercially producing creatine to be marketed and sold to the masses.

Where Does Creatine Come From?

Creatine is a naturally occurring compound present in most muscle tissues.  It can be synthesized by the body in the liver and kidneys before being transported to the muscle cells.  Creatine can also be consumed through various foods.  Beef, pork, and some types of fish can also be significant sources of creatine.  After digestion, creatine can be shuttled to the muscle cells via the bloodstream.   Once creatine is in the muscle cells, a phosphate molecule is added to creatine converting it into the molecule phohpocreatine (PCr).  Phosphocreatine is then available to work as an energy source for cellular metabolism.

Creatine Becomes An Energy Source For Your Muscles

Our muscle cells need ATP (energy) to contract.  Unfortunately, ATP is not able to be stored in the cells of the body. and during intense exercise, there is only enough ATP for muscle cells to work for 1 or 2 seconds before they run out of ATP.  The solution is to use other molecules to supply the cells with a constant supply of ATP.   In our muscle cells, the concentration of PCr is three to four times greater than the concentration of ATP.  This makes PCr a valuable fuel source for muscle cells and the renewal of ATP for energy.  PCr is quickly broken down to replenish ATP and prevent the immediate fatigue of our muscles.

In our muscle cells, ATP is supplied through three metabolic pathways: the phophocreatine pathway, glycolytic pathway, and the oxidative pathway.  While each pathway is continuously producing energy, at different times during exercise each pathway becomes the primary source for ATP.  The phosphocreatine pathway for energy production becomes the primary energy source for muscle cells for the first 8-15 seconds of energy as the cell ramps up the release of ATP through glycolysis, the initial breakdown of glucose to release ATP. The Journal of the American Pharmaceutical Association concluded that while creatine appears to be beneficial in shorts bursts of high-intensity exercise, it may not be as useful for endurance exercise.   This is because most of the ATP produced for endurance exercise is derived from the oxidative pathway, and less from the use of PCr and glycolysis.

While high levels of stored PCr in muscle cells may reduce the need to rely on anaerobic glycolysis and lactate creation during ATP production, creatine appears to have another benefit as well.  Creatine can act as a buffer which can help stabilize the pH levels in the body.  Excessive H+ ion production from the use of ATP can lead to muscle acidosis or the “burning” feeling experienced during exercise.   Having high levels of creatine and PCr in muscle cells appears to lessen muscle acidosis allowing for muscles to perform more work before the effects of fatigue set in. 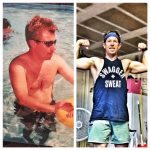 I have been using creatine for several years as a supplement to help me get stronger.  Studies show increases in strength and mass have been seen after as little as one week of usage.  The initial increase in mass is generally between 1-3 pounds and may be the result of increases in water retention in the muscle cells, the stimulation of protein synthesis, or a decrease in muscle breakdown.  Over time, creatine can contribute to muscle fiber growth by signaling biological pathways to stimulate muscle growth.  This benefit works in conjunction with creatine’s metabolic function to allow for more ATP production during resistance and high-intensity exercise.  A 1999 study published in the European Journal of Applied Physiology noted that individuals who consumed creatine during a 6-week training program gained on average 4.4 more pounds than those in the control group.

With over 200 peer reviewed article and some studies lasting over 5 years, creatine is one of the most studied supplements being used today.  To date, no studies have reported that the effects of creatine can be detrimental to a person’s health.  However, many people report that consuming creatine can cause symptoms such as muscle cramping, nausea, diarrhea, and other gastrointestinal issues. Because creatine tends to contribute to the retention of water in muscle cells, it is important to stay properly hydrated while consuming creatine as a supplement.

How Do I Start Using Creatine?

Adding creatine to your daily routine is simple.  It usually comes in a white powder that is both tasteless and odorless.  Personally, I add it my super-food shake or recovery protein shake each day.  Creatine can be mixed into juice or water as well.  Many people recommend a “loading phase” for creatine where 20g/day (5g servings taken 4x each day) are consumed for the first 6 days to help increase the total creatine concentration in the muscle cells.  Alternatively,  the loading phase can be skipped and individuals can simply begin adding 5g of creatine daily.  While the initial concentration in the cells isn’t as great, studies have found that by day 28, both regiments will increase the PCr concentration to the same level within a month.  You body does not build up a tolerance to creatine so there is no need to cycle on and off using it.   To make sure my body has it available when needed, I consume it on both days when I am working out and on rest days.

Which Creatine Supplements Should I Buy?

Walking into your local supplement store or shopping online will yield a wide variety of options that can be overwhelming. Supplement companies will market creatine as Creatine HCl (hydrochloride), Creatine Nitrate, Creatine Citrate, and others.  And all will come at a premium price.  However, Creatine Monohydrate is the version that has received most of the testing and has been proven to be effective for both providing energy and assisting in building strength.  So this is all I chose to consume.  Next, when you look at the ingredients label it should ONLY say one thing, creatine monohydrate. Again, supplement companies will try to boost profits by mixing in other ingredients.  I am a fan of other supplements (I’ll share those later), but I don’t need to pay extra to have them formulated with my creatine.  Artificial sweeteners, salts, and other compounds are frequently add to creatine supplements which means you are getting less creatine per serving.

A final consideration is that the FDA regulates supplements under different standards than the regulations of “conventional” food and drugs.  And several studies and lawsuits revolve around the fact that supplements and supplement companies have been shown to not be truthful when labeling their products.  This topic could be a whole article on its own, but in short, supplements are not rigorously tested to ensure that only what is on the label is in the supplement.  Other compounds have been discovered to be added to supplements and the concentrations of ingredients has been found to be inaccurate.  The solution is to ONLY BUY SUPPLEMENTS THAT ARE THIRD PARTY TESTED.  Both NSF and Informed Sport test supplements to ensure they can be trusted.  And I will only use supplements that display their labels on the packaging.

Creatine is one of the most asked about topics I get from both adults and students.  Because of this, I created an enrichment article I use in class to explain the science behind creatine and how it works.  If you are interested, you can grab a copy of my enrichment article here.

If you’re ready to get started adding creatine to your routine, here is a link my online store where I offer the same creatine I use.  Still unsure?  You can also buy a serving a creatine as part of a supplement sampler pack to see if it’s right for you.