Why are my muscles sore after working out?

WHY ARE MY MUSCLES SORE AFTER WORKING OUT? 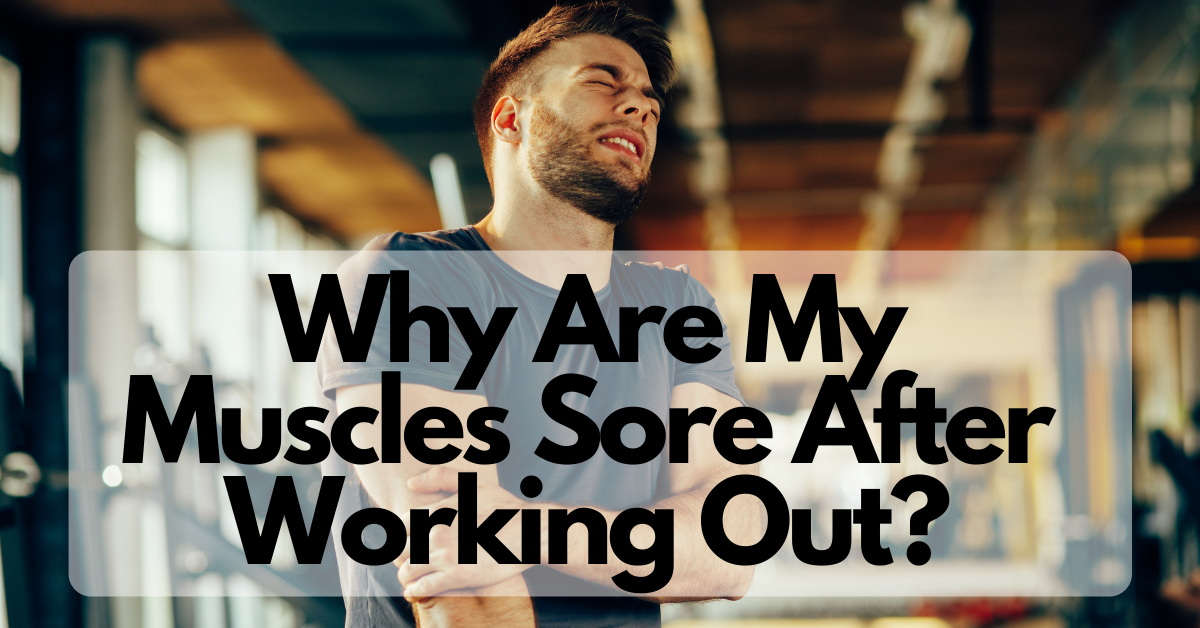 Have you ever woken up sore muscles the day after working out?

If so, chances are you have experienced DOMS (delayed onset muscle soreness).  Sore muscles are a result movement or activity is completed beyond the scope of what the body is used to accomplishing.  The common symptoms include inflammation, tenderness, and muscle fatigue.  DOMS are commonly referred to as “muscle fever” because of the overall sickly feeling that comes with the symptoms.

What Causes Sore Muscles After Working Out?

People generally have sore muscles 12 to 48 hours after working out.  If pain or soreness occurs during or immediately after a workout, it is due to acute muscle soreness.  Acute muscle soreness is different from DOMS and should be treated differently as well.  While researchers know very little as to what causes this type of soreness (and even less on how to effectively prevent or treat it), several studies have debunked many of the more popular myths surrounding the DOMS.

While the exact cause of DOMS is unknown, studies have found a correlation between DOMS and specific activities.  A 1994 study published in the Australian Journal of Science and Medicine in Sport found that “unaccustomed exercise may lead to significant damage to skeletal muscle and DOMS in both recreational and elite athletes.”  The study went on to explain that metabolic and mechanical stress may damage the muscle cells.  Twenty-five years later, scientists still do not understand the specifics of the “metabolic and mechanical” stressors.

DOMS are frequently seen when individuals go beyond their normal scope of exercise.  Because of this, even highly trained athletes can still incur DOMS.  However, as the individual becomes more accustomed to exercise, the degree of delayed muscle soreness will decrease.  This is frequently referred to as the repeated bout effect (RBE).  The RBE is why an athlete doesn’t get as sore after completing a workout that they have done before. That doesn’t mean that soreness in a sign of increased muscle strength of hypertrophy. When someone is just starting to exercise, they will coincidentally experience rapid gains while also experiencing the greatest amount of soreness.  But these are not connected.  You can still experience gains, event if you aren’t sore following a workout.

Why Isn’t Everyone Sore After Working Out?

Several theories have been tested to better understand the potential metabolic and mechanical stressors thought to cause DOMS.  Eccentric exercises tend to cause a greater occurrence of DOMS compared to concentric or isometric movements.  An eccentric movement can be defined as a muscle is forced to work during the lengthening phase of a movement.  Individual genetics is also a factor in the degree to which DOMS are experienced.  Some people are more likely to experience soreness than others. Other factors including dehydration, preexisting conditions, and even the metal fear of future pain have been shown to influence DOMS.

Scientific research has concluded that DOMS are not caused by lactate built up as a result of exercise.  The are also not caused by microtrauma inside the muscle cells.  Muscle damage may play a role in DOMS, but there is no correlation between the damage and DOMS.  Studies have shown individuals to be the sorest when there is the very little damage to the muscle cells.

How To Not Be Sore After Working Out

Since there isn’t any conclusive evidence of what the cause of DOMS is, it is not surprising that science has yet to find much evidence for their prevention and treatment.  A 2003 article published in the Journal of Strength and Conditioning Research detailed that most of the conventional beliefs surrounding the treatment of DOMS lacked sufficient evidence.  Time appears to be the best treatment for DOMS.  Generally, after a few days the soreness decreases.  Both light exercise and anti-inflammatory drugs such as Ibuprofen have been used to treat the symptoms, but it is not clear why they may work.  Light exercise increases inflammation while Ibuprofen will decrease it.

If you Are looking for workouts but want to skip the soreness, here are some ideas for you.

Because delayed onset muscle soreness (DOMS) is something students always ask questions about, I created an enrichment article to explain more about what it is and isn’t.  You can grab the article here.

You can also check out the Facebook Live I recently filmed debunking many of the myths around DOMS.